After the Race
By Jessica Chapel 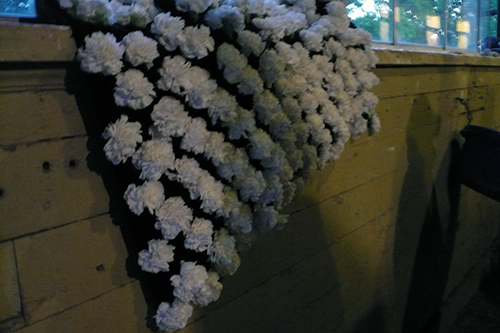 Two hours after winning the Belmont Stakes, Summer Bird was in his stall, taking in the small crowd gathered in front to admire him.

There was trainer Tim Ice, asking people to keep it down — “The horse is starting to get worked up” — and owner Dr. K. K. Jayaraman, beaming at every congratulations offered. Jockey Kent Desormeaux swept in, accompanied by his family, to shake hands and stroke the winner’s nose. Summer Bird turned and posed — snap, flash, went a camera — turned again and paused, his ears pricked.

Across the way, the blanket of carnations hung over a barn windowsill, representing not only the colt’s first stakes win, but his owner-breeders’ first Classic victory.

“This was the best to win,” said Jayaraman, who — with his wife, Devi — has been breeding and racing horses since 1983. “We had one other, 20 years ago …” That one other was Irish Actor, winner of the 1988 G1 Young America Stakes. Reminiscing with another well-wisher, Jayaraman recalled the horse had finished seventh in the 1989 Kentucky Derby, eighth in the Belmont.

It was time to leave, for most. But not the Jayaramans. The two remained with their homebred winner as the shedrow crowd cleared out. It had taken them two decades to return to Belmont, and they were in no rush to go.